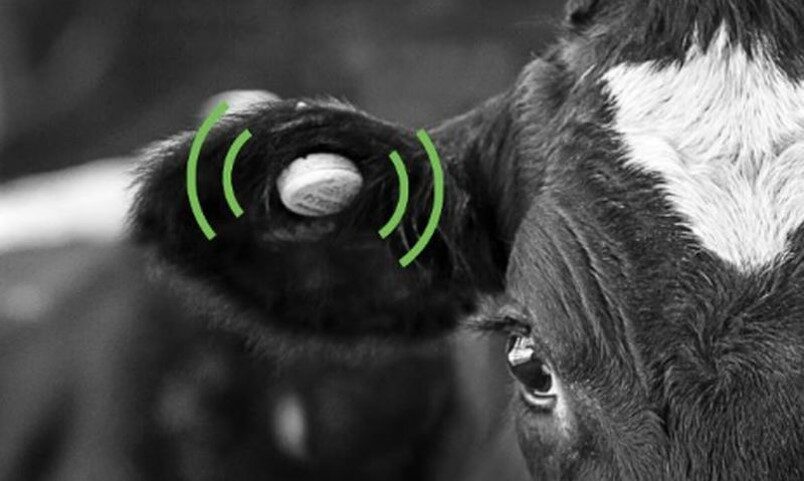 In addition, as in humans, animals have different types of temperament. This means that the normal activity of one cow is not always the same as the normal activity of another, and the general average standards are not the same for everyone. Therefore, the sensor must find out the parameters of the normality of each individual animal, so that in the future, based on them, draw conclusions and signal deviations.

The SMARTBOW herd monitoring system, which includes ear tags, routers and a server and transmits information to a personal computer, phone or tablet, allows you to monitor the health of animals, determine their location and accurately detect heat (Scheme 1).

Today, the market offers milk producers a number of modern tools to facilitate work and make effective decisions. At the end of December 2019, the company installed an automated SMARTBOW herd monitoring system at one of the three dairy complexes.

“This program, or in other words, “smart” tag or artificial intelligence, performs its unique tasks. It records the movements of the animal, analyzes them and in case of deviation from the norm signals the problem. It generates information both on individual animals and on groups and the herd as a whole.

Immediately after installation, the program was set up and studied each animal and its behavior during the month. Even at the stage of adaptation, it signaled the problem animals, but worked with errors. Now it is not mistaken. Thanks to it, we monitor the health of livestock, detect diseases in the early stages, before the appearance of clinical signs, accurately determine heat, control the comfort and movement of animals in real time. In addition, SMARTBOW is synchronized with UNIFORM-AGRI.

It was decided to test the new product in the most modern in terms of technology production site in Ternivka (Konotop district). There are 600 fodder cows, tags are set for 1000 animals, including heifers. Heifers are tagged when they reach mating age – 11-12 months, in advance of the expected artificial insemination. The tag is removed only when the animal leaves the herd.

Let’s take a closer look at how the monitoring system works.

The “Rumination” function allows you to see how many chewing movements the animal has made in any selected period – in 24 hours, for example, or 7 or 14 days (screenshot 1 and 2). By being able to observe the dynamics of rumination, you can see in particular how the new diet affects chewing and, consequently, the health of livestock.

“When the program detects animals that have problems with rumination, the first thing I do is conduct a clinical examination: measure the temperature, listen, examine and find out the condition of the mucous membranes. I establish whether the animal is sick or not, – explains the chief veterinarian of the farm Artem. – It happens that the program indicates a cow that looks completely healthy and has no clinical signs of illness, but after a day or two, usually gets sick. Today we have the opportunity to start treatment with anti-inflammatory drugs in advance or to prevent the development of the disease through maintenance therapy by giving vitamins. 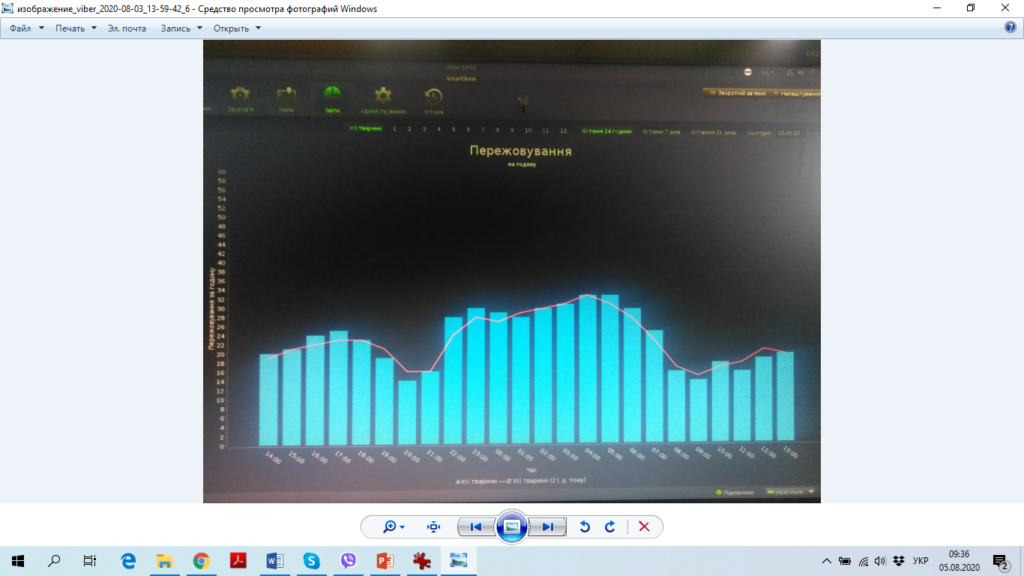 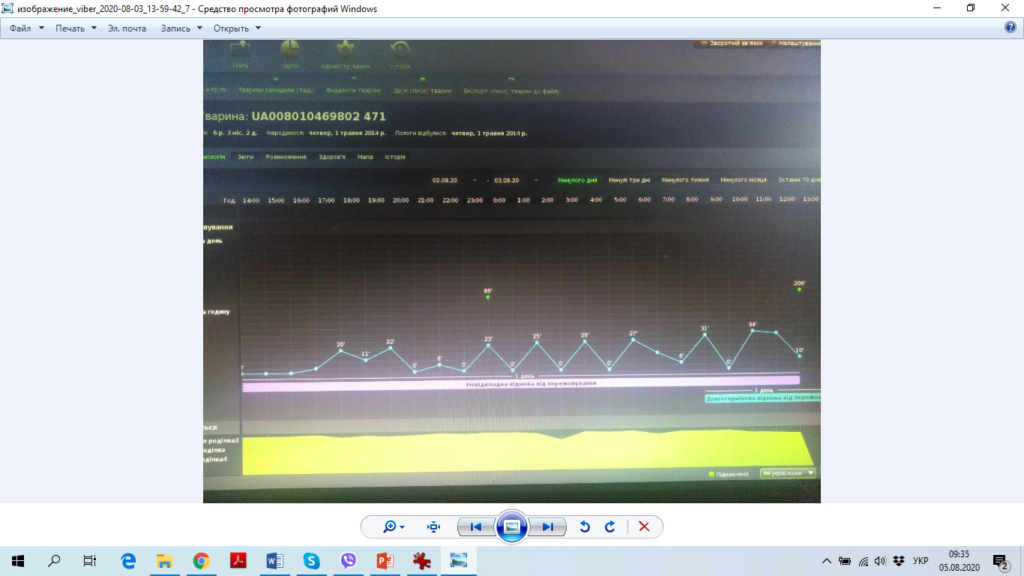 “Each animal comes to heat, but each has a different course, as can be seen from screenshots 3 and 4, – said the expert. – Before we started using the program, we used standard procedures of artificial insemination: wait 12 hours from the start of the heat and inseminate. The program turned everything upside down, or, rather, put it upside down. In highly productive cows, heat is shifted. SMARTBOW analyzes the activity of the animal and determines the optimal time for insemination, and thanks to this we were able to inseminate cows with which we had problems before. 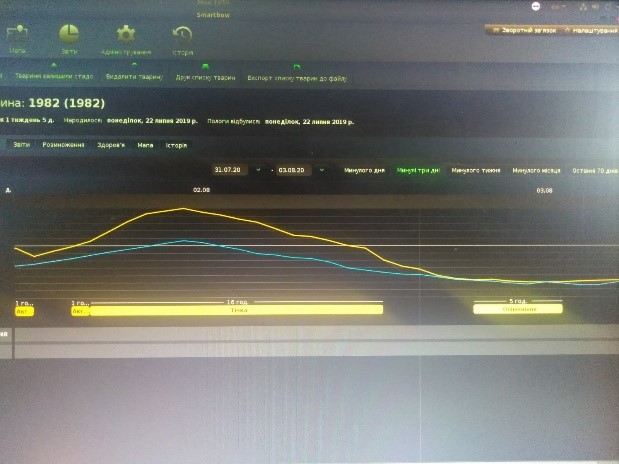 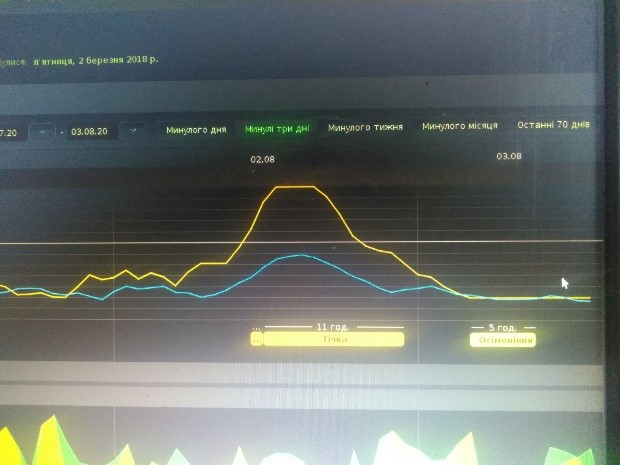 Another real-time option helps determine where the animal is, as well as track its route (screenshot 5). This allows you to control how comfortable the cow feels: “We see how long the animal has been lying in the stall, how long it has been eating at the feed table. If it spends too much time standing, then it is uncomfortable in the stall and needs to either change the bedding or put the mats – that is, move towards creating better conditions.

Do not put out fires, but avert them

“SMARTBOW makes work much easier: we don’t put out fires, we don’t allow them, – says the farm’s chief veterinarian. – I can’t imagine how to work without a monitoring system. Even if I’m not on the farm, the program sends notifications to the phone with the numbers of problem animals. As soon as I come to work, I review heat and rumination, analyze the data and, armed with information, go to deal with these animals”.

During the use of SMARTBOW we became convinced of the economic feasibility of the investment. “We are able to detect the disease before the onset of clinical signs, thereby increasing the effectiveness of treatment, reducing the cost of medicines and culling animals. Diarrhea and mastitis can often be averted, the expert concludes.

The program also allows you to move away from the synchronization schemes and observe the animal 24/7 and in the optimal time  conduct artificial insemination.

If earlier some cows were fertilized using the planned hormonal synchronization, now we have abandoned it. Cows are fertilized exclusively by natural heat. To assess the effectiveness of artificial insemination, we use the pregnancy rate. If before it was within 20%, then in May we have a rate of 30% for cows. Synchronization schemes are used for therapeutic purposes for 3-5% of cows. Most often, these are animals that had problems after calving. This approach saves a lot of money, and we have much better results. “